I am sitting on a bench. Behind me a group of senior citizens are discussing earthquakes.

This is the 4th time that I have used stairs to come down from my 11th floor flat. The first time that I came down, I was half asleep and did not have my sleepers, mobile phone or wallet with me. I was lying down on my bed and felt that I was moving synchronously with floor. Simultaneously I heard knocking on my door and was informed by my flatmate that there is an earthquake and we should be moving down. I half sleep walked behind him.

I have had mild experiences of earthquake before but this really shook me. I asked my friend to search for news and there was nothing much available online. Later we came to know it was 7.8 scale earthquake that was centered in Nepal. After about 30 minutes of us going back into the flat, we again felt a major tremor and came down again. Since then it has been a series of aftershocks.

Night was a different matter altogether. I had plans of attending a friend's wedding and I should really be in Bareilly right now. I'm not sure how it happened but somehow I have managed to not attend it and live this moment of scare instead. I think it was a case of communication failure between me and another friend who was in charge of organizing the trip.

Taking about communication, I ported my number to Vodafone and feel disappointed already after facing same reception related problems. In the aftermath of airtel trying to keep me with them, I got the calls from different people saying that they will fix my problem. I also felt that call quality was relatively better on the last week with airtel. Anyway, I gave already written to Vodafone and hopefully they will respond. Getting a customer care representative on their customer care number is impossible.

I also wrote my first YouTube comment last night. At about 2 at night I realized that I could not sleep. "How do I know that I am not in middle of an earthquake right now?" I was experiencing an augmented reality where I felt as if I was in middle of a continuous earthquake. Finally, common sense prevailed and I decided to focus my energies to the ceiling fan. If it starts shaking like a pendulum then I know. I also decided not to force myself to sleep anymore and instead, waste time on YouTube. That's when I came across Tara's channel. She was reading comments that she had on her other videos. She plays video games and reviews them. She is also very comfortable taking about her sexuality and its importance in getting her the views. I know you know the mix of comments one expects on YouTube videos. You have funny ones, full of hatred ones, nonsensical ones, disgusting ones. It's like a democracy in its most efficient and representative form.

She was funny while replying to comments. She could really work with accents. She was smart and she could see through holes in arguments. Most of all, to me she was reassuring and a connection to sanity.

So I wrote a really boring comment on one of her videos thanking her. I do that quite often these days. Whenever I see someone doing something good, I leave a message thanking them.

Earlier this week, I also went to Noida to give a job interview. It was very conversational in style and I loved it. The person interviewing me had Mu Sigma roots too so it was really good to look back at a time worth remembering. I was honest and funny and philosophical.

Noida is really far away from Gurgaon. I woke up at 6 and reached their office at 9:45. On my way, traveling on the Metro, I  thought deeply about my value proposition. I went through few answers that bookmarked on Quora and that helped too. I also met B waiting to be interviewed. Talk about coincidences.

I am also deeply into reading History of India by John Key - I have read first two chapters on Vedic Era and Epic Era and it was really interesting. However, I am struggling to continue 'If on a winter's night a traveler'.

MNP is Mobile Number Portability. I recently applied to port my number to Vodafone from Airtel.

For months now, I have had a bad experience talking on phone. Earlier I had a magnetic cover on my moto g mobile that used to interfere with my calls. For a long time I did not realize that it was the cover causing the problem so I unconsciously became frustrated. However, I never realized that I could do something to take care of the problem. Change the phone or Sim card. I can be very ignorant like that - particularly when it's my problem. Somehow, I think my problems are not important enough.

Then I realized that I could change my mobile and maybe I would have taken action in that direction but luckily I ended up checking if my mobile cover had anything to do with it.

Few of my flatmates also have airtel and they agreed with me that there has been a drop in call quality so I finally decided to use another network provider. I chose portability over buying another Sim because I had never made user of MNP before and also because I wanted to teach Airtel a lesson. They are in middle of net neutrality debate and they are willing to compromise on call quality.

As I mentioned in one of my earlier posts, we have a new joiner in the team that I am managing. She seems to be following few rules from psychology books while dealing with people. And  she seems to be doing it quite effectively. One thing that she does is call out whatever it is that she does not like in a slightly subtle form. There is this example when another team member was standing behind him looking at her laptop screen and she asked him what he wanted. There has also been few examples with me when I reacted to something in trademark Satish way and she wanted to know why.

Another thing she does is ask me what I would do in the situation where she has not been effective. That's a killer strategy I would say.

Only problem that I see in her practicing these strategies is that she can become predictable. I am not that bright with identifying people's motive and if I sense this then maybe she needs to learn more.

I also cleaned by room. Ordered books and a measuring tape. I am going to order a curtain and a bed sheet.

Kafka on the Shore 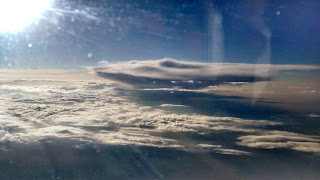 So how was the last week? I have decided to write a post every week that summarizes major happenings in my life every week.

Major achievement of the week was that I completed Kafka on the Shore, a 500 pages long fiction, within a week. Did I tell you that I was struggling to finish a book ever since I was trying to read non fiction? I had almost forgot what fun it was to be immersed in a story!

My laptop gave up on me and that also helped my mission of completing the book as soon as possible. I was trying to install Skype on my Linux laptop and went few steps of the limit in experimenting. The laptop has had it. I am very happy with my laptop though. I bought it for 16,000 and decided to install Ubuntu, a Linux distribution, on it. Since then, I have dug deeper into open source. I have installed single node Hadoop, Hive, Shiny server on this laptop. Another major milestone was when I decided to explore world of cloud computing and got a free server on AWS - Amazon Web Services. I am going to build my own website now.

I have also decided to review every book I read. Every interview I give. Every code I write. Every joke I make.

Kafka in the Shore is supposed to be layered in its meaning. Now I can read the analysis of the story and be surprised at how much I missed. But before I do that I can write down few thoughts of my own. There are two main characters in the book and one of them is Nakata. In the final stage of the story, Nakata takes a series of steps in most unusual way. He can know what the next step would be only once he reaches the step before it. Isn't that life?

Nakata can also talk to cats. All the conversations between him and the cats are a pleasure to read.

Did Nakata have a happy life? Hoshino thinks that he did. Happy, maybe, is not a right word here. Meaningful seems more appropriate.

I also visited landmark group in their Bangalore office. Apart from about 2 hours that I spent with them, I spent all of my time in the cab and then in the bus and I felt happy just being able to identify streets and buildings in Bangalorean wind and sunshine.

On my flight from Delhi, I opted for a window seat and was amazed to see cloud in their full glory under sun. They redefine whiteness. You could jump off the plane and land safely on them.

I asked a new joiner within the team to tell me about her weekend plans and then got ready to answer the dreaded question myself.

What do you do with your weekend?

So I can spend entire weekends within my flat. I am working on few pet projects that keep me busy. And I read. I mean I hope I read a lot.

But what is a really good answer to such questions? I somehow feel a need to rethink answer of this question every time when I don't have to. I think this is a big realization. I could simply say that I relaxed.

Anyway, I wanted to meet Sanjeev and Natasha and Fanny for a long time. Fanny, by the way, is a 3 months old Labrador. They live in Noida and it's about 2 hours journey if one wants to go there from Gurgaon. Anyway, every once in a while we would make plans of meeting and then drop it at the very last hour. I think there is some guilty pleasure in canceling plans.

Anyway, this Saturday they did take trouble of coming and meeting me. They came with Fanny and I was happy to see them. I was not so crazy about Fanny though. She seemed harmless at the beginning but then she really scared me by trying to crunch my ribs.

We decided to buy beer and few other items and so went to local market. And boy, was I in for enlightenment! People stopped and asked permission to play with Fanny. I realized she is the celebrity and felt guilty for not being reverent enough to her during our interaction earlier.

And we didn't talk much about anything else. If you are in a relationship and you have run out of ideas for conversations, adopting a dog could be a winner choice.

But we did talk about other things, didn't we? How NCR sucked. How I'm old and have never had a girlfriend. Where do we go from here?

I think it is a tough time that I am going through. I have time and if I don't invest it somewhere judiciously, I will waste it, look back and repent. Or worse, I could develop a wrong (or true) perspective of world and really not care about anything.

My plan is to read and write. Create something that I can be proud of. Be aware. Not panic. Be happy.