Fwd: Things you own.. 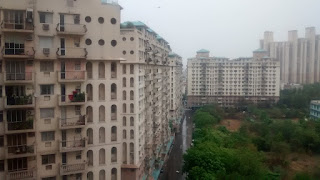 It rains as soon as I buy an air conditioner.
I am trying to analyse my general aversion towards buying and owning stuff. "Things you own, end up owning you," is what that guy in Fight Club said.

But I am trying to change that. To see where that leads me. Maybe, consumerism is the way. It brings you closer to Nature and accept it in its unforgiving form. It enables you to interact with it on equal terms.

I am also going to buy a car in a week or two. I have been saying that for a long time. This time it seems more likely to happen.

And I am impressed with my lack of knowledge around cars or air conditioners. I didn't even know what the difference was between a hatchback and a sedan.

I have come to realise that I seek too much clarity in transactional steps. For example, who would drive back the car to my house?; or what documents do I need to be able to buy a car?; or what should be the first thing I do once I enter a showroom; these are the questions that give my naive brain sleepless nights. It stops me from enjoying the entire exercise of buying a car - an inspirational product, as a friend rightly said - and focus on being done with the whole thing as soon as possible. So the first thing that looks all right is what I end up buying.

I am sure this behaviour extends to other aspects of my life.
By the way, I turned 30. J called right at 12 and made me happiest man on earth. V called as well. I felt so happy that so many remembered.

I am going to prioritize new. To experiment is the only way of finding out the truth.

Before that, I also visited home after a relatively long stretch of about 6 months. There are two incidents that I have decided to remember.

I was playing with my niece and she seemed so happy to be playing with me. It was unbelievable. I only wish that I shared that happiness with her and not be aware.

Second incident is when I was standing on queue during boarding my flight to Delhi. The line was not moving yet. I decided to go to the loo and told the person standing behind me that I would be back in few minutes. When I came out of loo, I saw that the line had started moving and the person standing behind me was about to enter barrier lines. My initial thought was to go back to the end of the line. Then I thought what was new in doing that?! So instead I went to that person and asked him if it was ok for me to join the line. He said it was.